🇺🇸 An Introduction to Time Representation, Serialization and Management in Software

Most issues in software development usually arise from poor, inconsistent knowledge of the domain at hand. A topic apparently as simple as time representation, serialization and management can easily cause a number of problems both to the neophyte and to the experienced programmer.

In this post, we’ll see that there’s no need to be a Time Lord to grasp the very simple few concepts needed not to incur into time management hell. 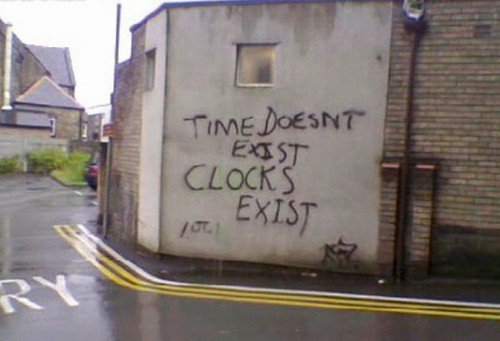 A question as simple as “What time is it?" assumes a number of contextual subleties that are obvious to the human brain, but become absolute nonsense for a computer.

For instance, if you were asking to me what time is it right now, I might say: “It’s 3:39” and, if you were a colleague in my office, that’d be enough information to infer that it’s 3:39pm CEST. That’s because you would already be in possession of some bits of important contextual information such as

3:39 only happens to be a convenient representation of time as long as we’re in possession of the contextual bits. In order to represent time in an universal way, you should have an idea what UTC and timezones are.

Please do not confuse UTC with GMT: although their time matches, they are two different things: one is an universal standard while the other is a timezone. When someone says they’re using GMT, unless that person has a funny scottish accent, what they really mean is UTC.

As an amateur radio operator, I have contacts with people from all over the world. Every operator is required to keep a log of his contacts and we usually exchange so called QSL cards, which are a written confirmation of the contact. Of course a QSL card must report the exact time of the radio contact and by convention it’s in UTC. I know that when I receive a QSL card from any fellow amateur radio operator, no matter where he is located across the whole wide world, I can look up the contact in my logbook and the date and time info is going to match, as we are both adhering to the same standard: UTC.

These are only a few examples of the kind of issues that might arise when representing date and time information. Luckily enough, there is a solution to the representation conundrums, namely the ISO 8601 standard.

The ISO 8601 standard also has the nice side effect of providing natural sorting in systems that use lexicographical order (such as filesystems) because information is organized from most to least significant, i.e. year, month, day, hour, minute, second, fraction of a second.

Even if you’re only dealing with local times in your software, you should know that, unless you also display the time zone, you can never be sure of the time. I cannot remember how many times a developer has asked me to fix the time on the server, only to discover that his software was printing time in UTC.

At display time, it is okay to deal with partial representation of time because the user experience requires so. Just make sure, when debugging, to print out the whole set of information, including the time zone, otherwise you can never be sure what you’re looking at is what you actually think it is.

Although a given moment in time is immutable, there is an arbitrary number of ways to express it. And we’ve not even talked about the Julian or Indian calendars or stuff like expressing durations!

Let me summarize a few key points to bring home so far:

Speaking of software, serialization is a process where you take an object’s status and spell it out in such a way that it can be later entirely rebuilt, exactly like the original, by using the spelt out (serialized) information. Think of an xml or json file:

This is the serialized form of a peculiar imaginary person class instance.

Unix time is only another arbitrary representation of a given moment in time, although a not very human readable one. But you can take that number, write it on a piece of paper, stick it onto a carrier pigeon, and your recipient would be able to decipher your vital message by simply turning to the Internet and visiting a site such as unixtimestamp.com or currentmillis.com.

If you’re a command line junkie like me, on Linux systems you can use:

However, on BSD derived systems such as Mac OS X, date -d won’t work so you have to used instead:

Just like you can write that number on a piece of paper and later get back the full instant back to life, you can store it in a file or a row in your favorite RDBMS. Although you might want to talk to your RDBMS using a proper driver and handing it a plain date instance; your driver will then take care of the conversion to the underlying database serialization format for native time instances.

By storing time using a native format, you get the nice time formatting, sorting, querying, etc features of your RDBMS for free, so you might want to think twice before storing plain Unix timestamps in, say, Oracle.

Just make sure you know what timezone your Unix timestamp refers to, or you might get confused later at deserialization time. By default, a Unix timestamp is in UTC. If you use your system’s libraries, you should be okay.

When working with databases, use the most appropriate data types. For instance in Oracle, there’s four different data types: DATE, TIMESTAMP, TIMESTAMP WITH TIME ZONE and TIMESTAMP WITH LOCAL TIME ZONE. Also databases usually have a concept of database timezone and session timezone, so make sure you understand how your specific database is using those. A user that opens a session with timezone A is going to see different values than a user connecting with timezone B.

ISO 8601 is also a serialization favorite. In fact, it is used in the XML Schema standard. Most xml frameworks are natively able to serialize and deserialize back and forth from xs:date, xs:time and xs:dateTime to your programming language’s native format (and viceversa). The same is true for json. Just be careful when dealing with partial representations: for instance, if you omit the time zone, make sure you agree beforehand on a default one with your communicating party (usually UTC or your local time zone if you’re both in the same one). 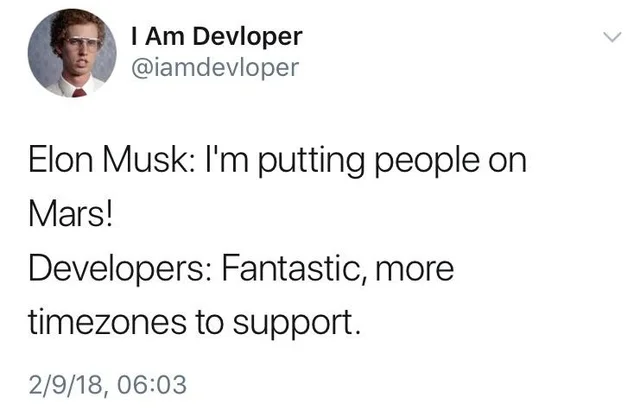 First of all, if you think you can write your own time management software library, or even write a little routine that adds or subtracts arbitrary values from the time of the day, please allow me to show you the source code for the java.util.Date and java.util.GregorianCalendar classes from JDK 7, respectively weighting 1331 and 3179 lines of code.

Okay, these are probably not the best examples of software routines that deal with time, I agree. That’s why Java libraries like Joda Time were written. In fact, Joda Time has become so popular that it gave birth to JSR-310 and is now part of JDK 8.

Use of popular, well designed and implemented time frameworks will save your life. Seriously. Take your time to get familiar with the API of your choosing. 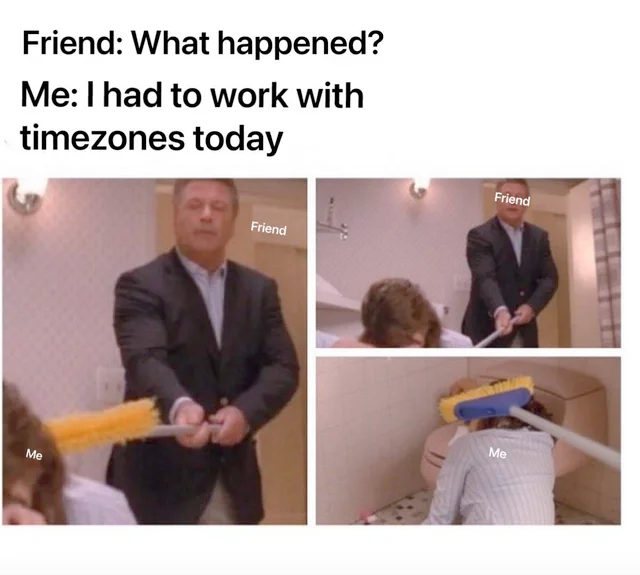 Let’s see how all this translates into java code. Any language will of course be different but everything I’m doing here should be possible in your language of choice.

Please do not use java.util.Date or java.util.Calendar. We don’t use that classes any more. The new time api is in the java.time package.

Here are a few useful links I’ve accumulated over time: